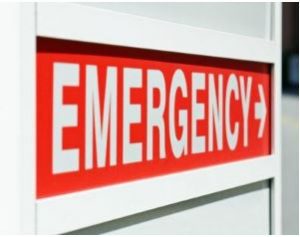 Graham, DE (August 23, 2017) – A man was killed in a two pickup truck head-on collision on S. Hwy. 16 Monday morning, according to the police.
The man has been identified by the Graham Police Department.
According to the police report, 62-year-old Manuel Ramos, of Graham, was the driver of the 1986 GMC small pickup that crashed with a 2005 Dodge Ram 4×4 king cab pickup around 8 a.m. August 21 in the 35-mph stretch of the highway. The driver of the other truck was a 17-year-old, who was unharmed.
Ramos was declared dead at the scene due to the injuries he sustained from the crash. He is survived by his four daughters and four grandchildren.
We extend our condolences to the family of the deceased.
No family should have to experience a loved one’s sudden death. During such a difficult time, it’s important that you know what to do next. This is where the help of a Graham wrongful death attorney is needed. We have experienced attorneys at Edelstein Martin & Nelson – Wilmington who can help you at this difficult time. Call (888)-208-8864 to speak with one of our representatives.